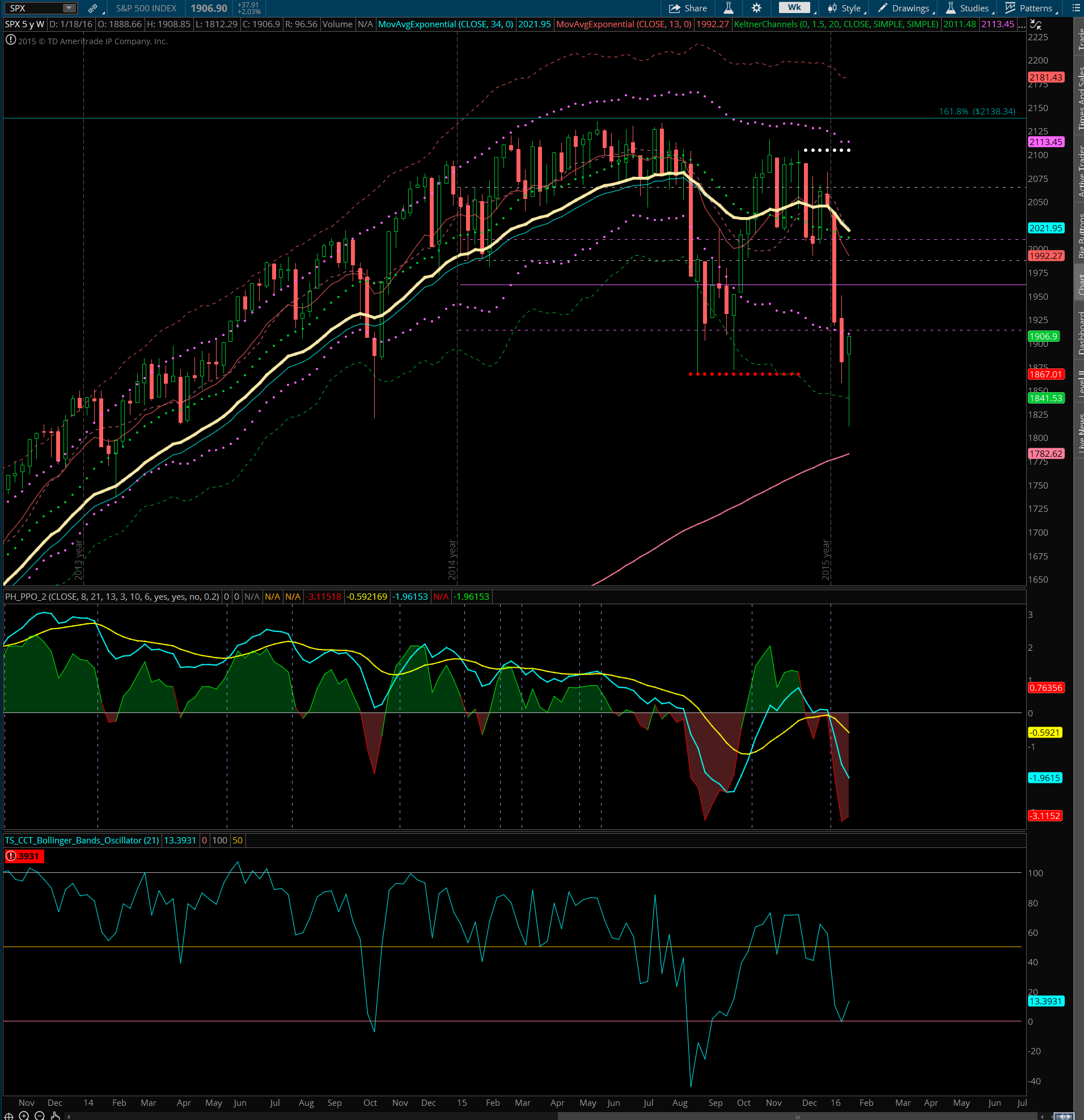 The weekly outlook is bearish. 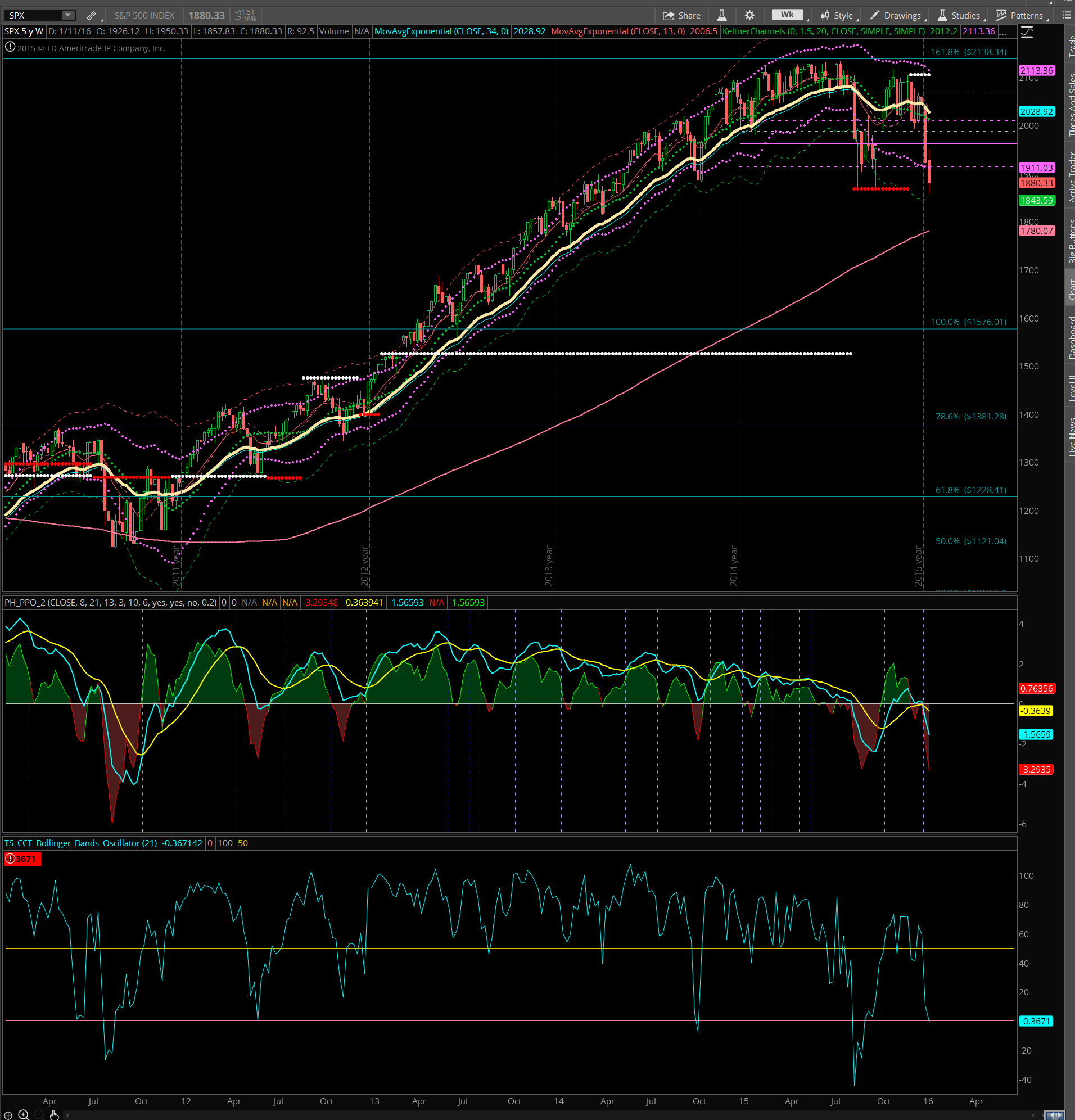 The S&P 500 weekly is showing a close in the lower Keltner channel. This is the first close beneath lower Keltner channel since September 2015. Both oscillators are showing weakness and sell signal has been confirmed.  Further confirmation is if resistance holds near 1910.

The weekly outlook is bearish. 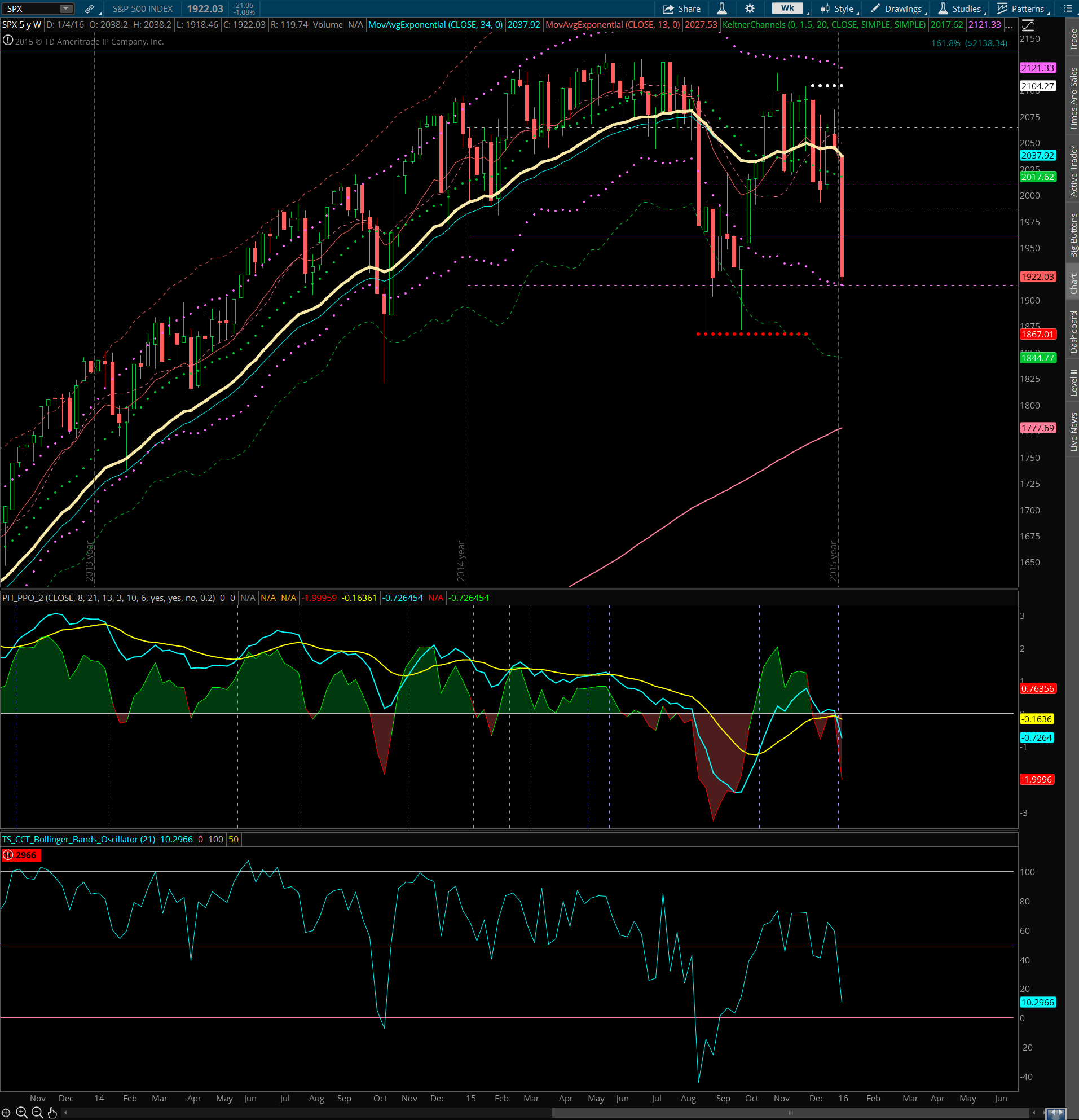 A possible sell signal has also triggered on one of the oscillators.

The weekly outlook is neutral to bearish. 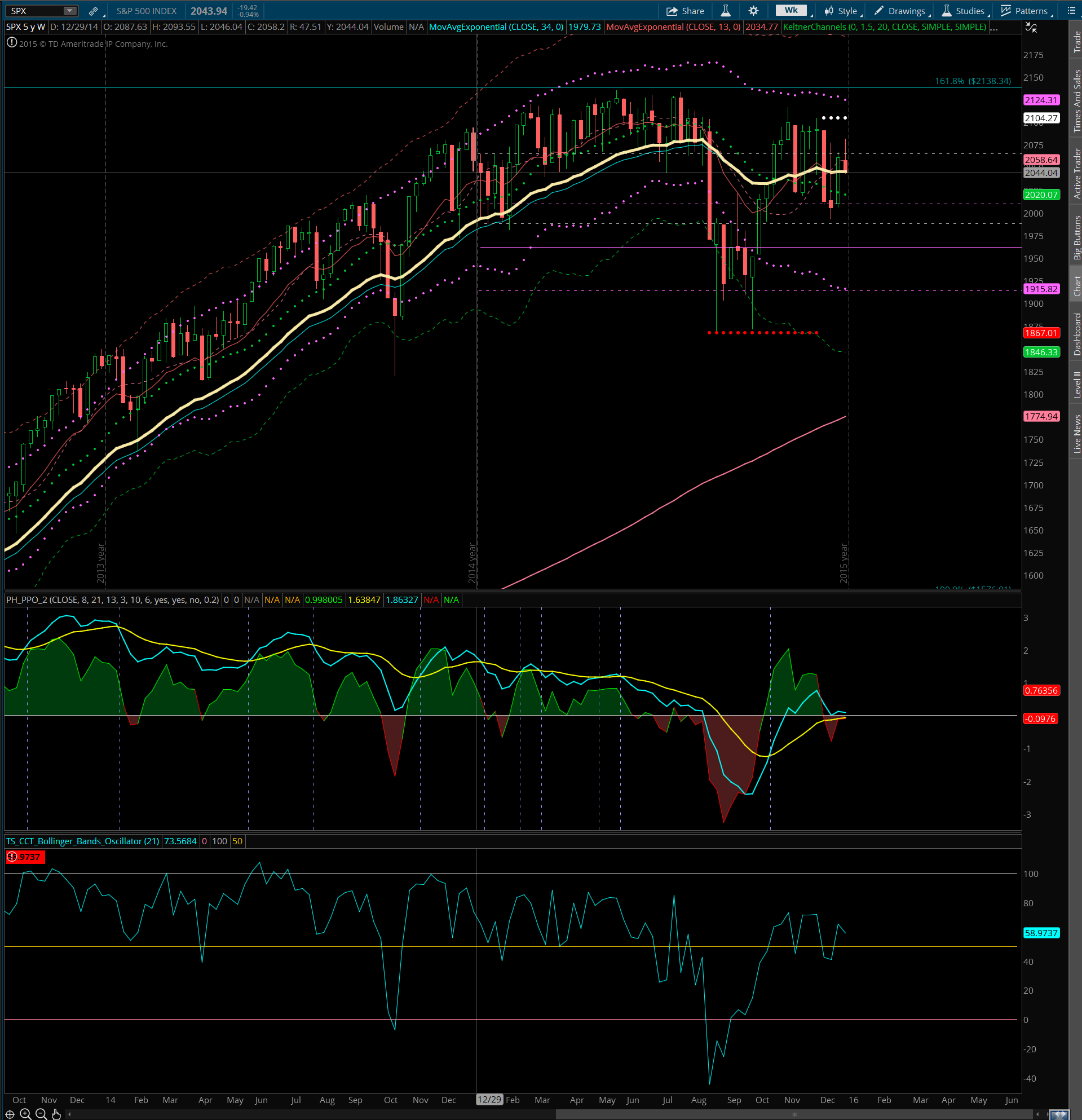 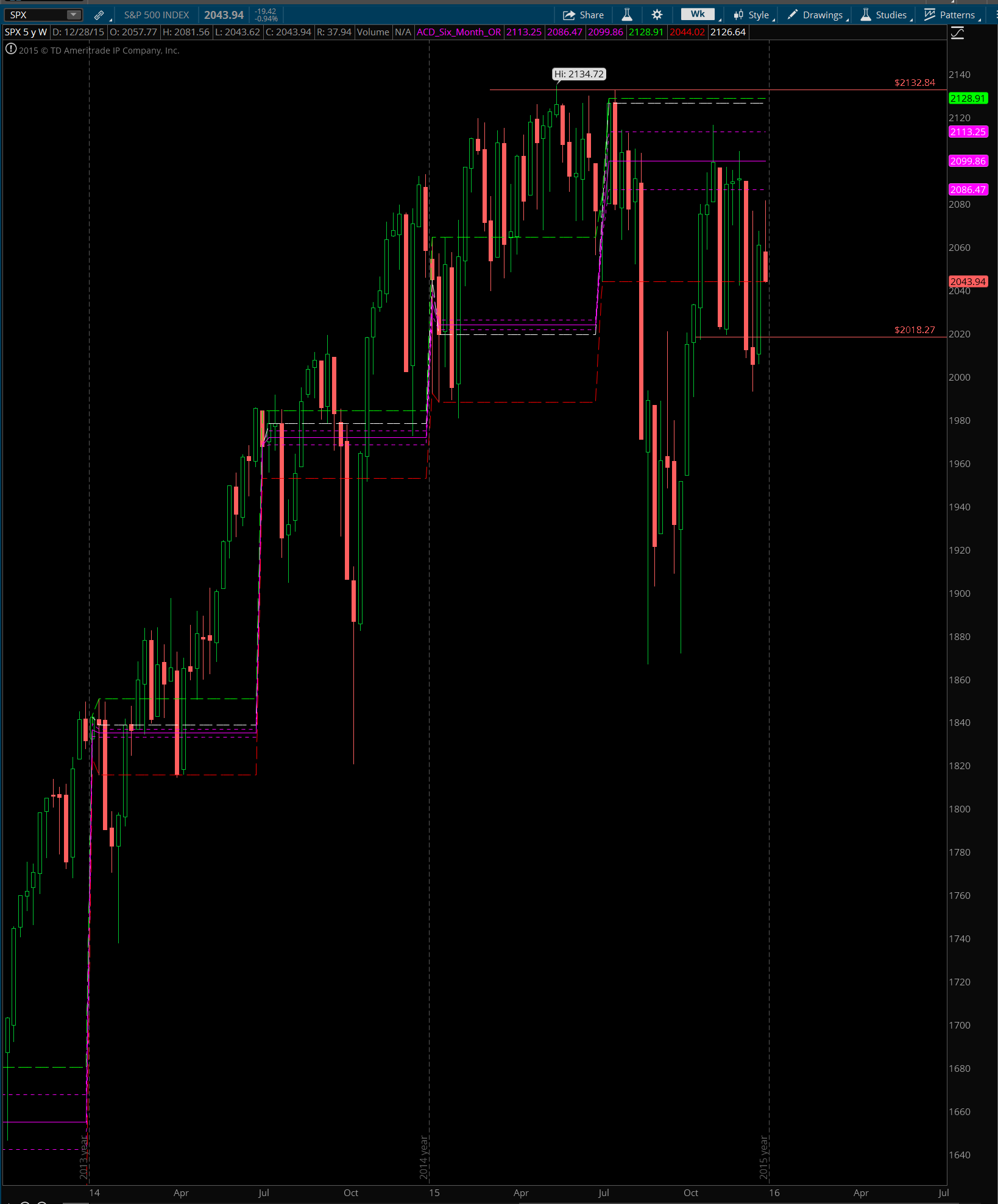 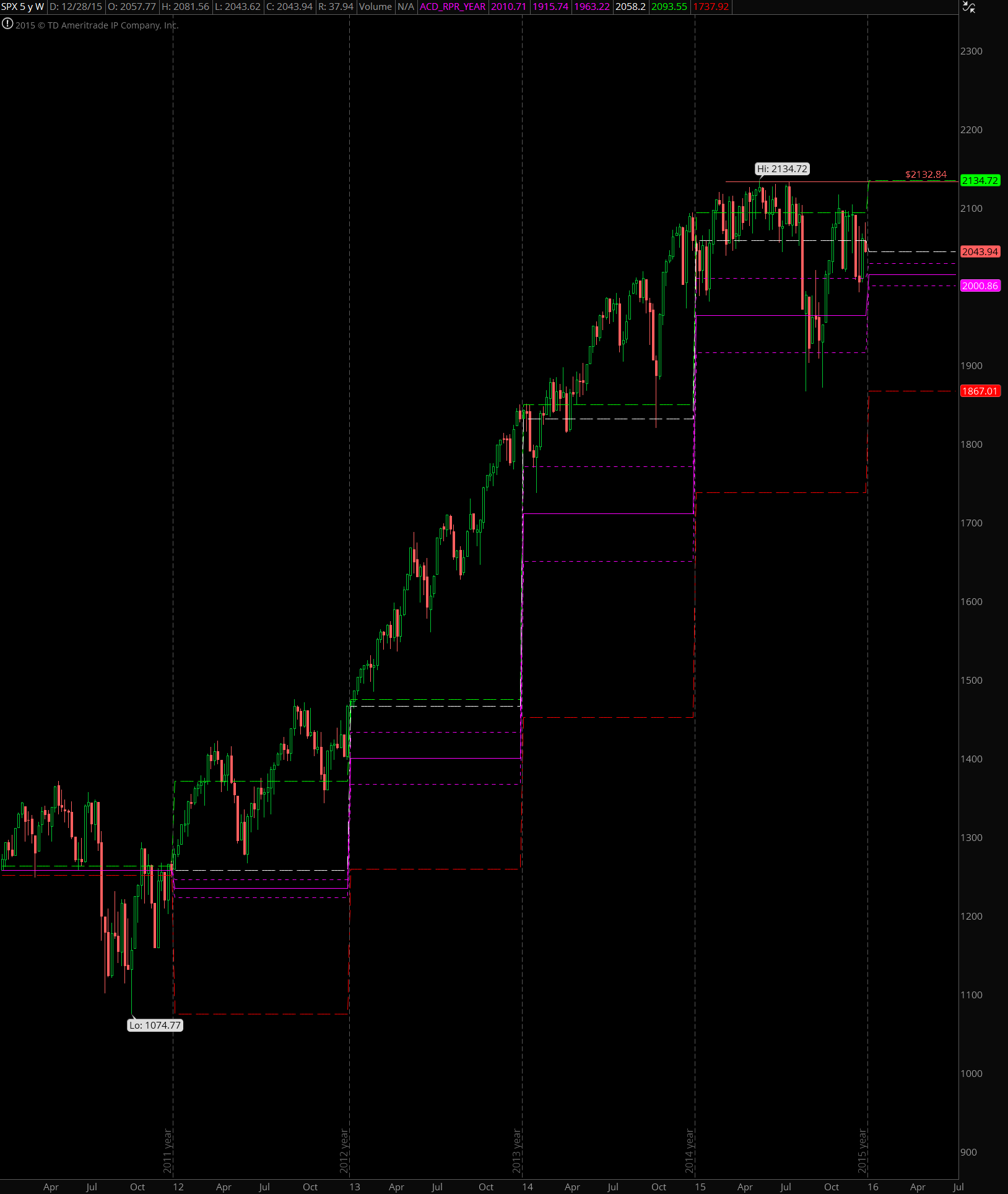