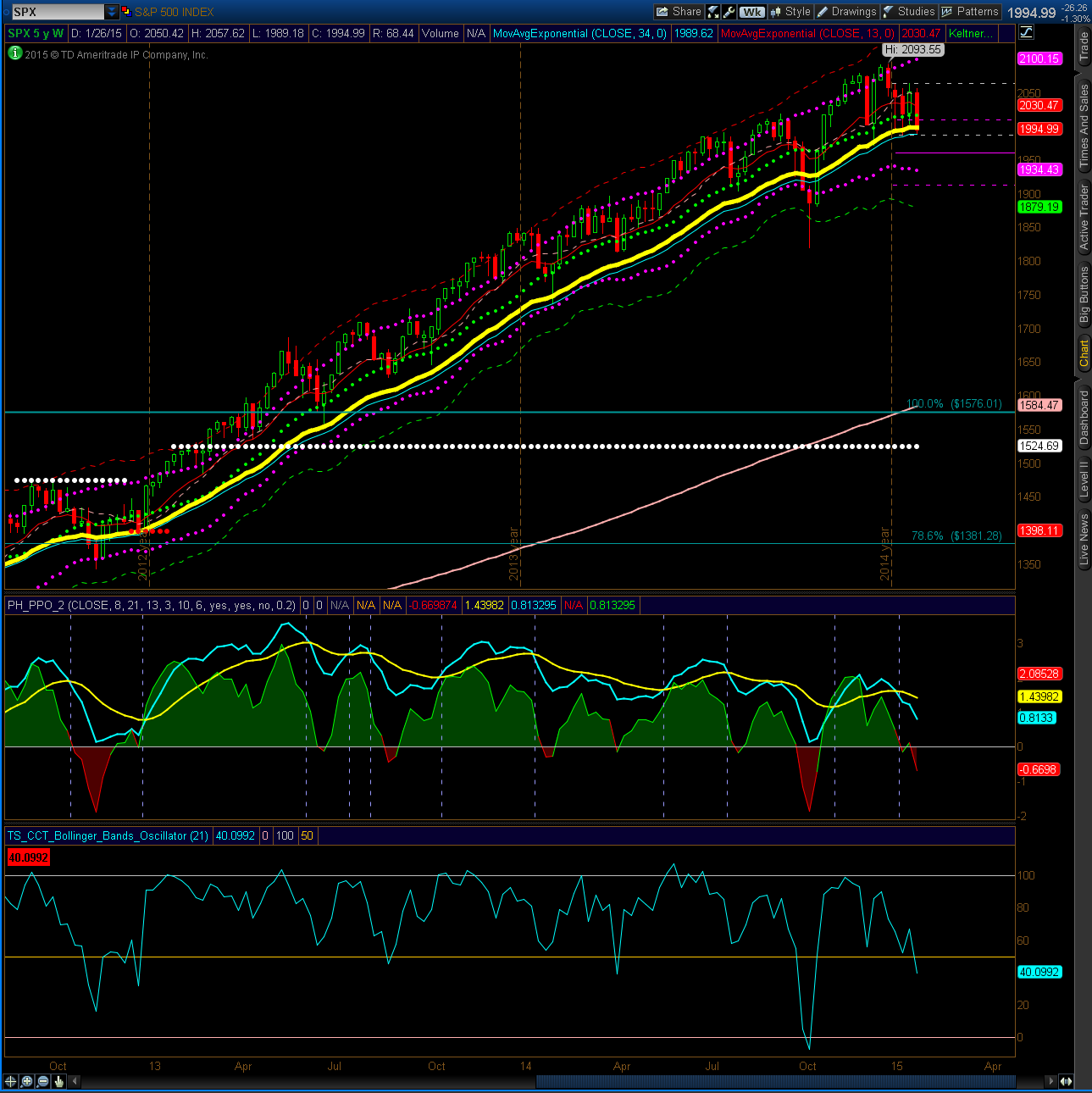 The S&P 500 Weekly is showing a close in the lower Keltner channel. The CCT indicator is also showing a close below 50. If the market sells off, 1934 may be tested, while a  rally could retest highs near 2050.

The weekly outlook is neutral to bearish.

Edit -I think this is a unconfirmed sell.

The S&P 500 monthly is showing a close down inside the upper Keltner Channel. However, it failed to close outside of December’s bar.

The monthly outlook is neutral to bullish. 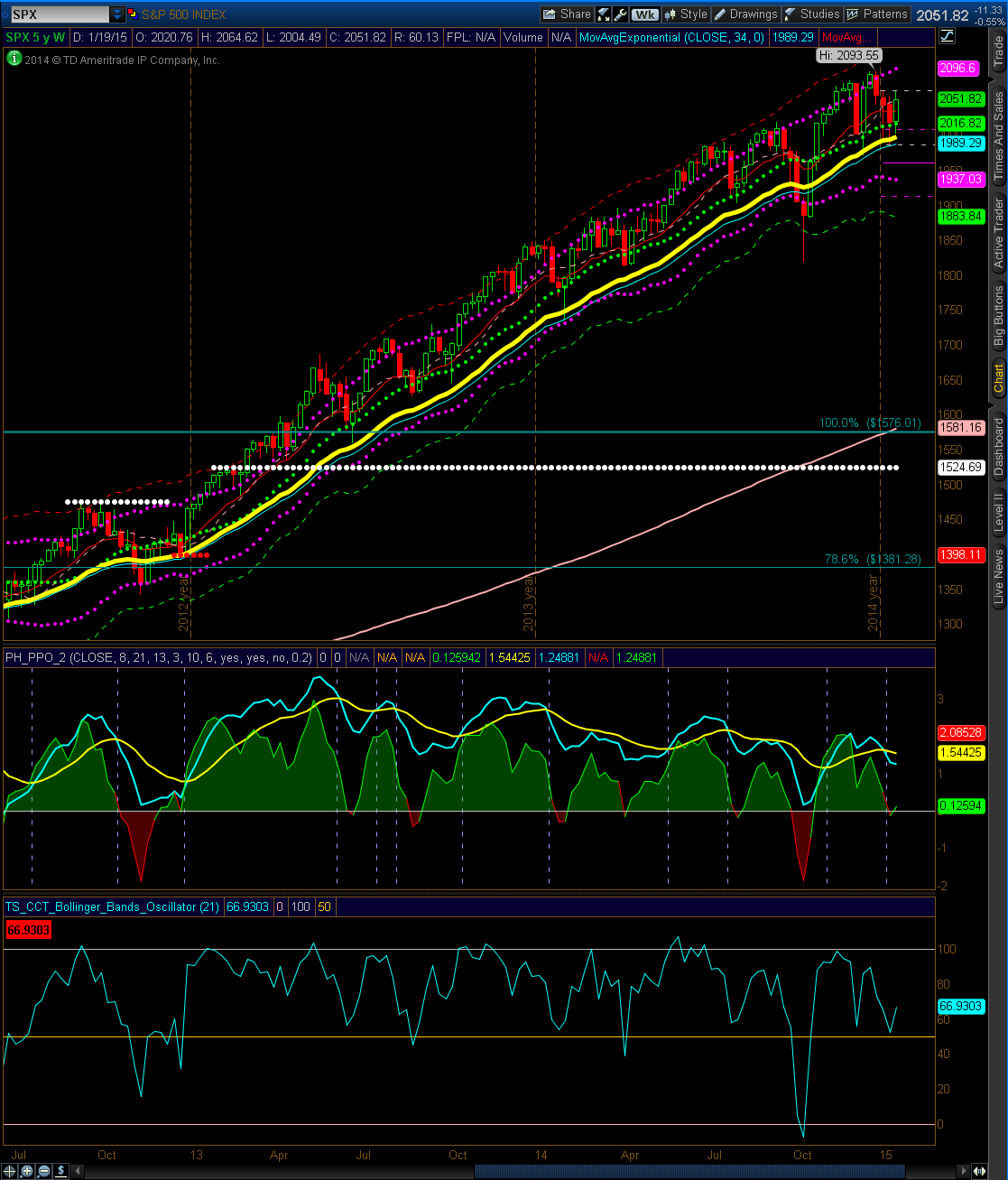 Market remains range bound since the beginning of the year. In the event of a rally, 2096 may be tested, while a sell off could retest 1990 or lower. 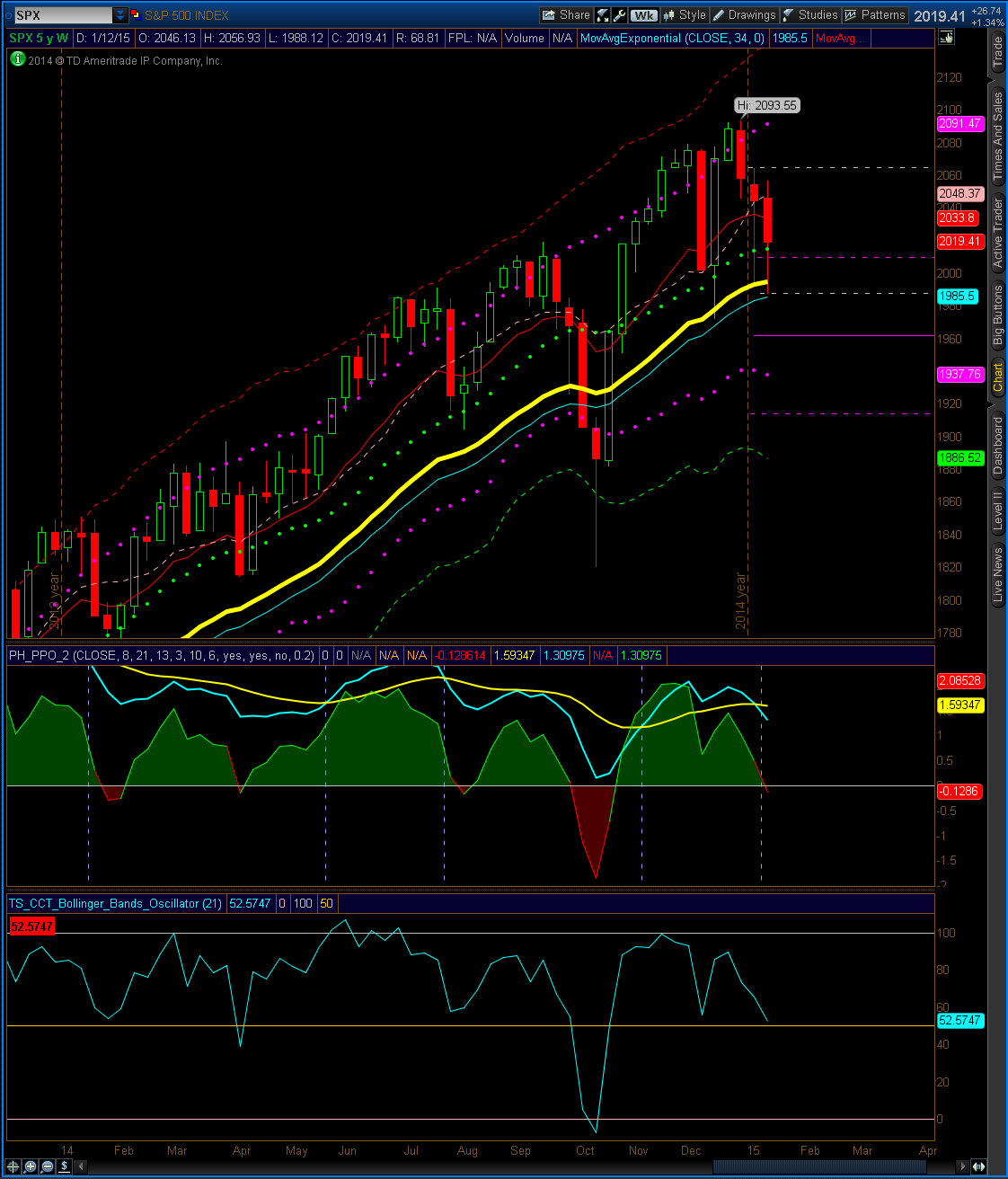 The S&P 500 weekly is showing an unconfirmed sell. Despite the sell off, lows were bought and the week closed just above the middle Keltner line.

The dashed purple line right above 2000 is the pivot high for the 2014 year, while the gray dashed lines is the opening range for the first half of 2015.

From the chart, the market has yet to close beneath the pivots or in the lower Keltner channel since October 2014.  In the event of a sell off, 1937 or lower may be tested, while a rally will take the market back up to highs near 2091.

The weekly outlook is neutral. 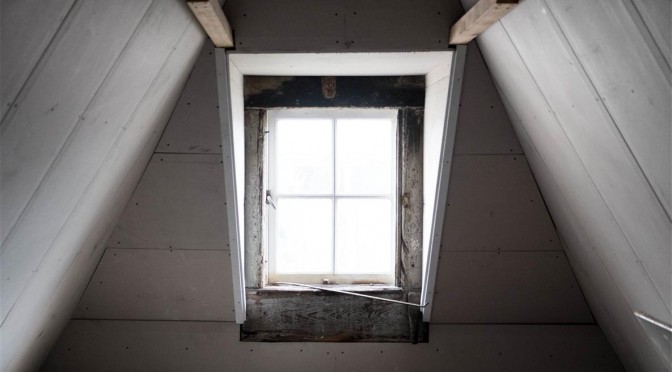 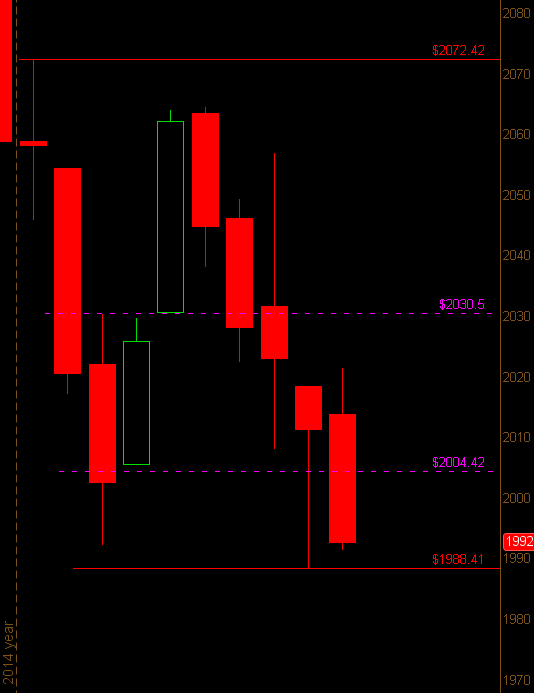